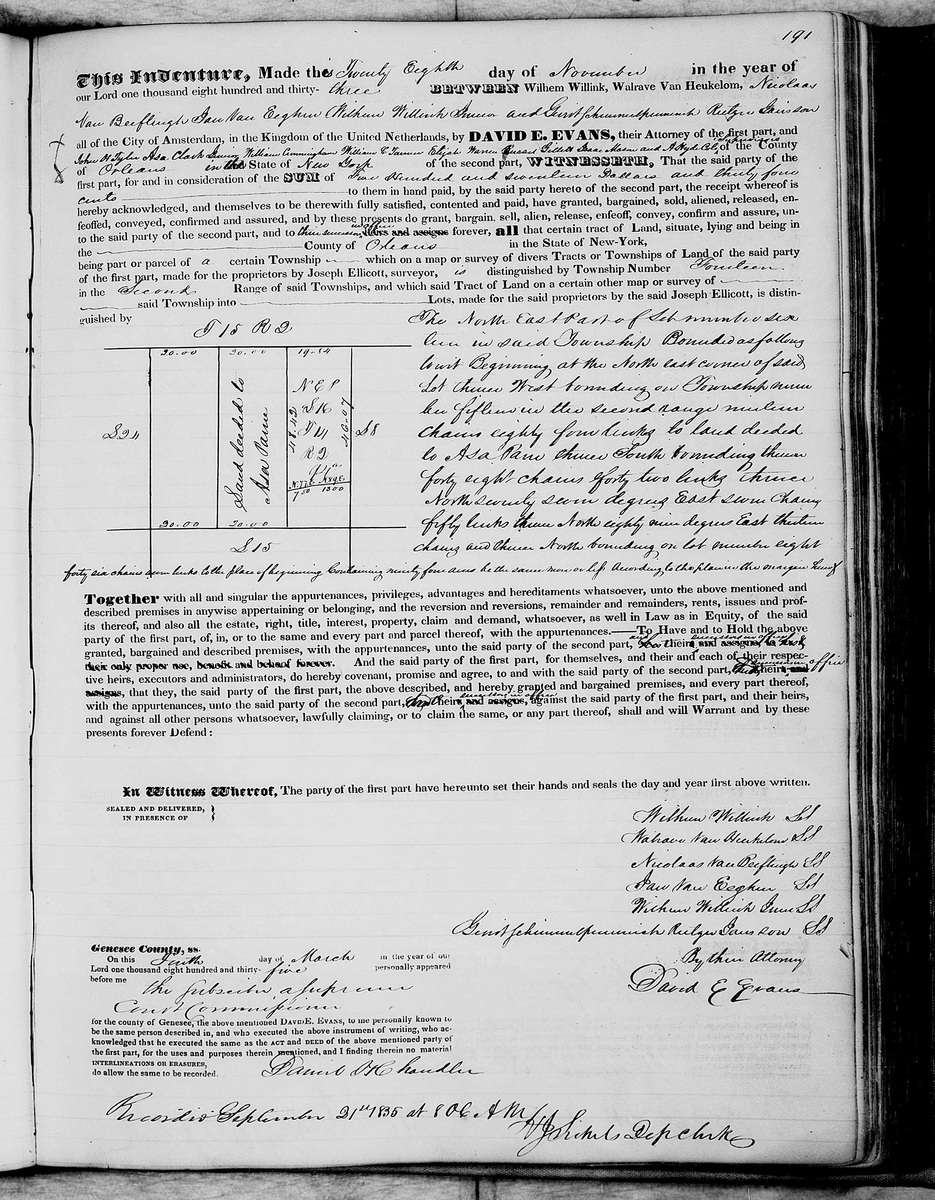 Land deed between the Holland Land Company and County Board of Supervisors, dated November 28, 1833.

The earliest history of the Orleans County Poor House is shrouded in mystery. Although the 1824 Yates Report and subsequent Act to provide for the Establishment of County Poor-Houses set forth guidelines and requirements for the creation of almshouses/poorhouses, Genesee County was exempt from such legislation. However, after the separation of Orleans County from Genesee County in 1825, Genesee County formally announced the construction of a building for the upkeep of the poor on December 9, 1826.

According to Isaac Signor in Landmarks of Orleans County, New York, the Orleans County Board of Supervisors held a special meeting in February of 1830 where they appointed Nehemiah Ingersoll, Elisha Wright, and Avery M. Starkweather as superintendents of the poor. The sum of $2,000 was appropriated to care for the county poor.

The superintendents were tasked with locating a lot on which to build a poor house, but according to available land records the formal purchase of that lot did not occur until 1833. This came after a special meeting on June 22, 1830, when the Board of Supervisors passed a resolution removing the separate distinction between the town and the county poor, "...and that the expense of maintaining all the poor shall be a county charge."

On November 28, 1833, an indenture was made between the Holland Land Company and the Orleans County Board of Supervisors for 94 acres of land in Township 14, Range 2 adjacent to a parcel owned by Asa Paine. The lot cost $517.34, or approximately $5.50 per acre. The deed was filed at the County Court House on September 21, 1835, by Deputy Clerk Hiram J. Sickels.