In 1890, a report filed by Francis Dunham to the Orleans County Board of Supervisors called attention to the deplorable condition of the Poor House Cemetery. The grounds generally remained underwater and when staff buried the deceased, poles were used to keep coffins from floating in the graves.

Under the direction of the Board of Supervisors, the Superintendent of the Poor was tasked with fencing off 1/2 an acre of land on the southern boundary of the farm for use as a burial ground. In addition to this work, the remains of those buried in the original cemetery were to be relocated to the new grounds.

There are no records to indicate how many bodies were relocated to the new grounds in 1890 or how much money was expended in that work. Based on the available documentation, the 75 burials made between 1873 and 1883 with sandstone markers were moved to the new grounds.

"...The County House Cemetery is in the highest degree unfitted for the sacred purpose for which it is used. It often happens that the graves are filled to a considerable depth with water, and even that the coffin at times has to be held down by a pole to keep it from floating while the grave is being filled up. At all times the burial place is found saturated with water from the numerous springs which there abound. The desire for a decent and fitting interment is innate with all, and even among the most savage and uncivilized nations extraordinary care is taken in the burial of the dead..." 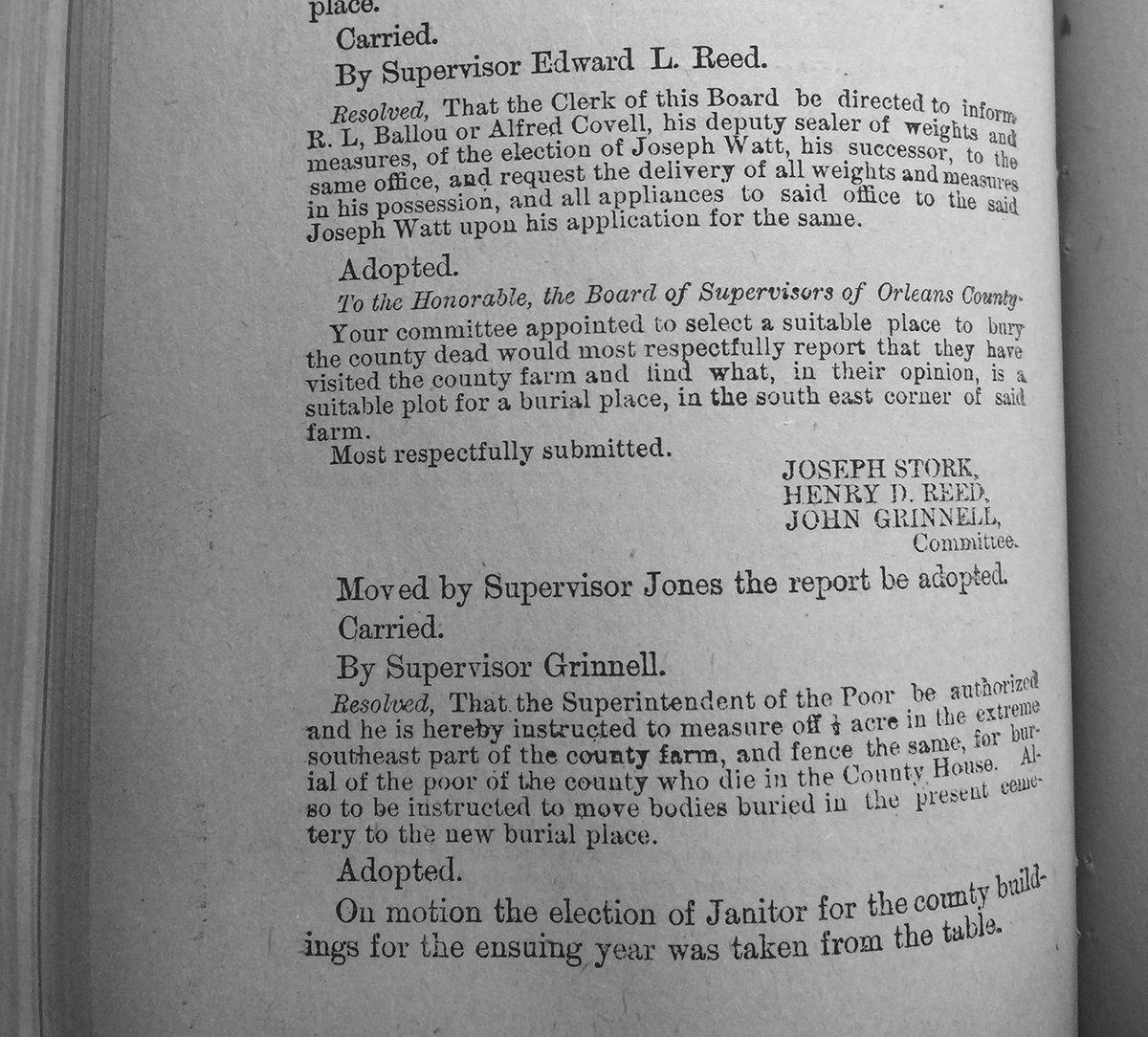 "Your committee appointed to select a suitable place to bury the county dead would most respectfully report that they have visited the county farm and find what, in their opinion, is a suitable plot for a burial place, in the south east corner of said farm."

By Supervisor Grinnell.
"Resolved, That the Superintendent of the Poort be authorized and he is hereby instructed to measure off 1/2 acre in the extreme southeast part of the county farm, and fence the same, for burial of the poor of the county who die in the County House. Also to be instructed to move bodies buried in the present cemetery to the new burial place."