Very little is know about early burial practices at the County Poor House. This map was located in the back cover of the original Poor House account book. It shows two distinct areas separated by a "Broad Alley" with six separate rows. According to the map, a number of vacant graves remained.

The dates of death for those buried in the lower center and right rows suggest that the majority of this map was completed in the mid-1850s. No information exists on those buried in the top three rows, which suggests that perhaps these burials occurred during the 1840s or earlier.

By 1873, the cemetery had expanded beyond the limits of these grounds and the Superintendent of the Poor initiated the practice of assigning graves a numerical value. A small sandstone slab with the corresponding numerical value was installed at the gravesite. This practice continued through 1883 when, for some unknown reason, headstones were no longer used. 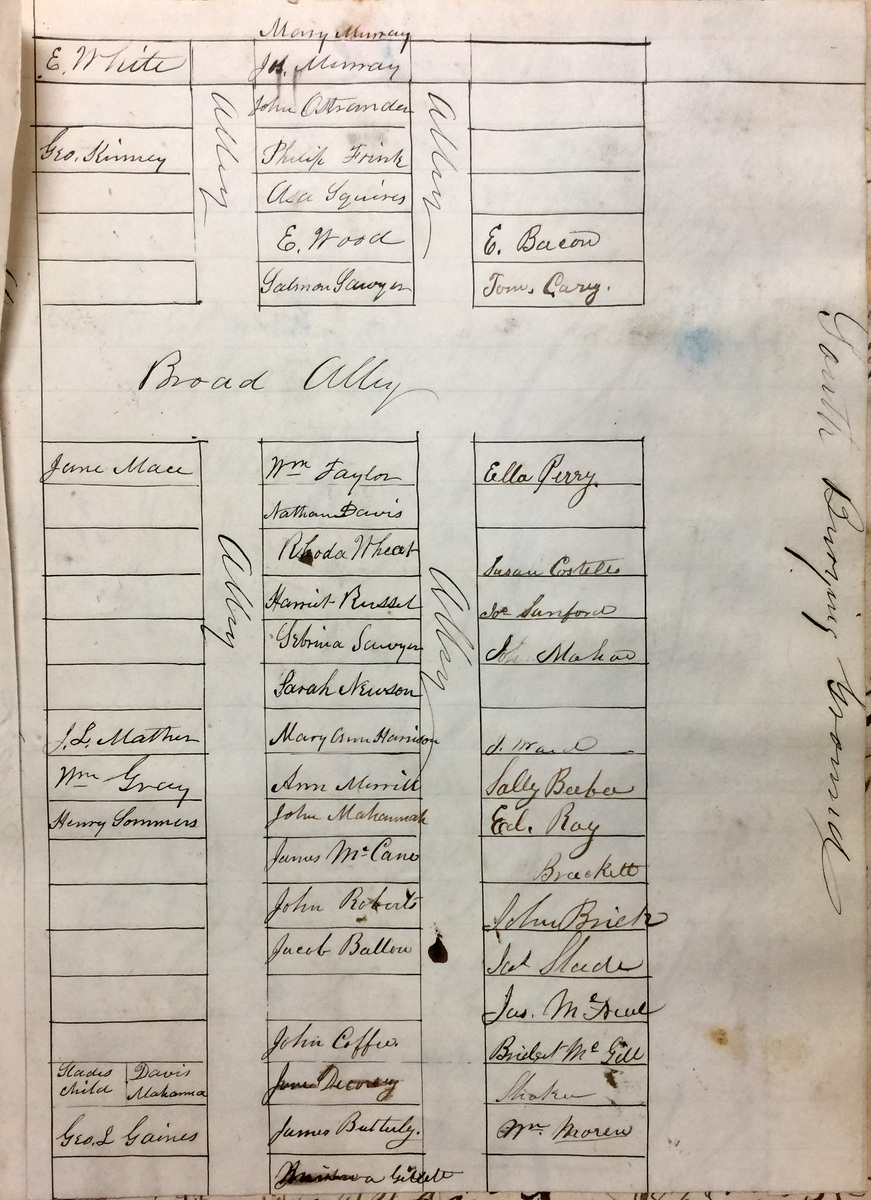