In 1957, a committee was selected to begin the process of evaluating the Poor House property on County House Road. Following the inspection, the committee suggested that it would be practical and economical to construct a new facility rather than repair and improve the current building.


On May 8, 1959, a resolution for a bond issue was approved and the McKay Construction Company of Buffalo was selected as the general contractor for the project.

On August 28, 1960 at 2:30pm, the cornerstone for the new building was set by Senator Austin Erwin. Architects Myron A. Jordan and Frank C. Gilson presented the building keys to the chairman of the Board of Supervisors, Lester Canham, and County Attorney Mark Heath.

In December of that year, Welfare Commissioner John Kelly supervised the move of patients from the old building into the new facility.

The farmland was sold in 1955 to John Wilkins, Jr., for $20,600 and the remaining buildings were razed by the county in 1962. The previous year, on September 7, 1961, the Civil Defense Director Robert Balcerzak recommended that the old county home property be converted into a Civil Defense control center. 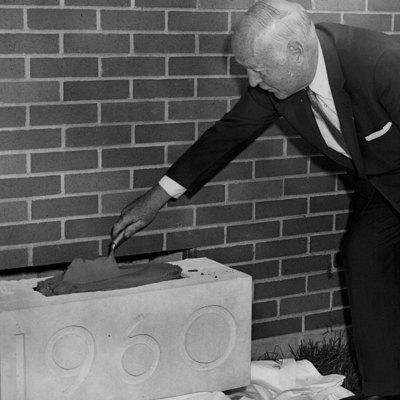 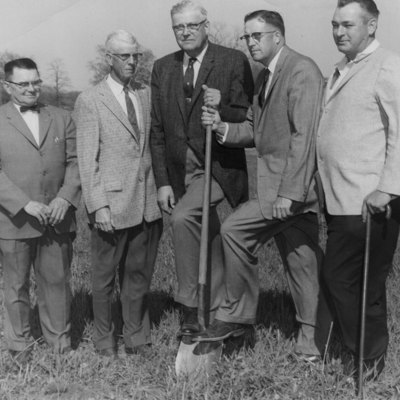 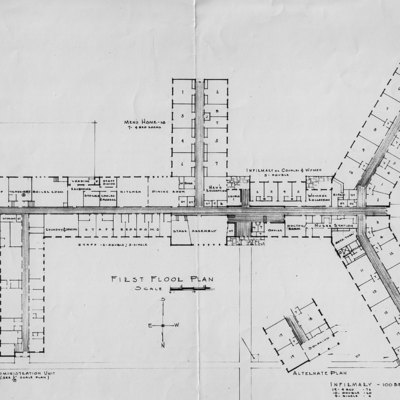