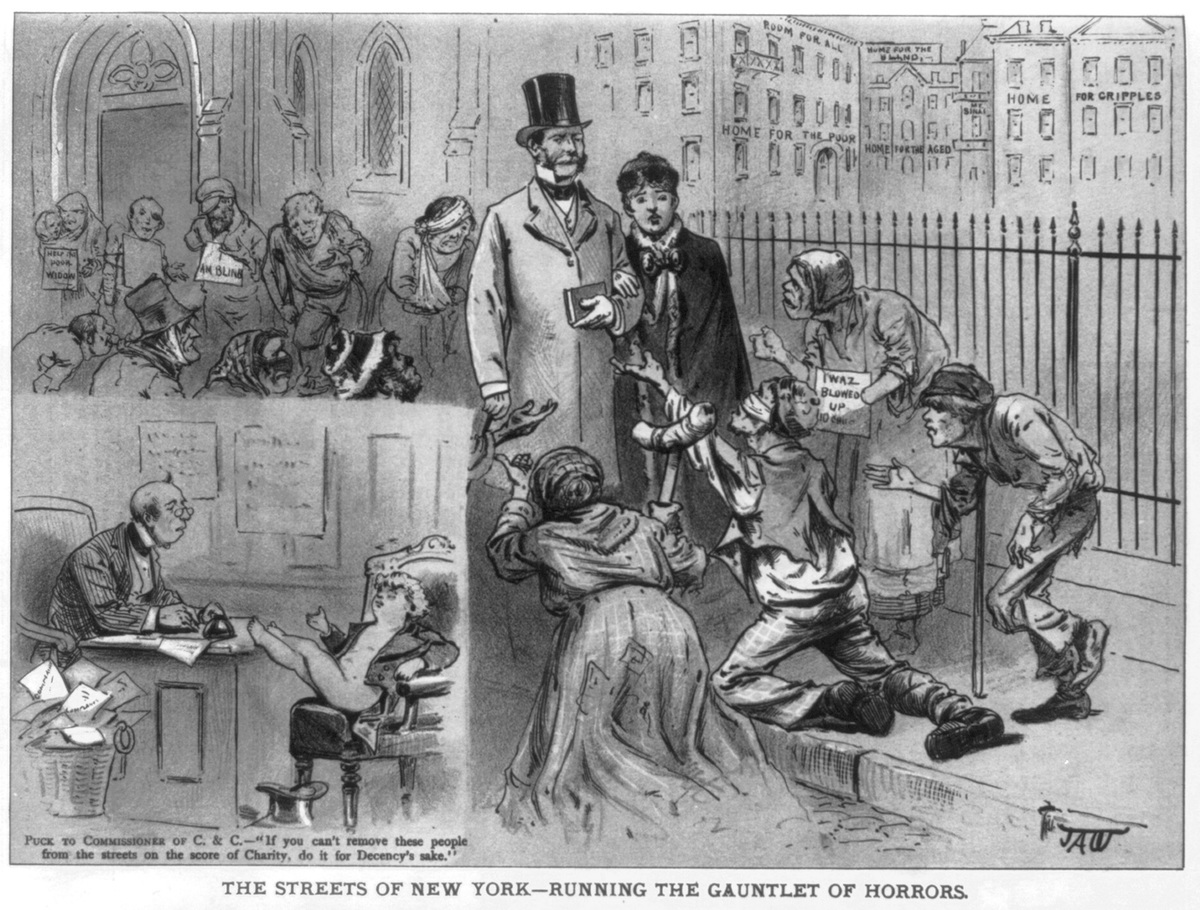 In 1821, Massachusetts released a report completed by Josiah Quincy III who spent time assessing the treatment of the poor in that state. Quincy wrote,

"...the evils of pauperism, in Great Britain, have of late years, become so desperate and malignant in their natures, as to have been a subject of parliamentary investigation, and that the causes of those evils and their remedies, have been the source of more controversy, and given rise to as great a number of publications, in that nation, as perhaps any other subject whatsoever."

The report highlights two separate classifications of poor; 1. "The impotent poor," who are incapable of performing any work due to "...old age, infancy, sickness or corporeal debility," 2. "The able poor," who are able to work but choose not to. The greatest concern, according to Quincy, came from "...the difficulty of discriminating between this class and the former, and of apportioning the degree of public provision to the degree of actual impotency..." which could lead to "...diminishing the industry, destroying the economical habits and eradicating the providence of the labouring class of society..."

John Van Ness Yates, the New York Secretary of State, completed a similar report which was released by the New York Senate in 1824. The purpose of the report was "to collect from the several towns, cities, and counties of this state, such information as would be necessary to give a distinct view of the expenses and operation of the laws, for the relief and settlement of the poor; and also such information from other states, with respect to their poor laws, as would shew the effect of those systems, and suggest improvements in our own; and that he communicate and abstract or digest of such information to the legislature."

It is impossible to ascertain the number of paupers in this region from the data presented in the Yates Report because Orleans County was still part of Genesee County. However, Genesee County had approximately 2.5 permanent and occasional paupers per 1,000 people while taxing residents $.03 per $100 of property. This made Genesee county the 36th ranked county in the state in the "scale of pauperism" and the 45th ranked county in the scale of taxation.